To sum up parts 1&2, ICYMI, my husband and I spent the weekend doing unofficial SX things, to see how much fun could be had without purchasing a badge or spending a lot of time RSVPing to parties and waiting in lines. Friday was a success read about it here: Unofficially SXSW, Entirely Austin: Part 2, and that leads us to Saturday.

When you think of classically Austin places, Antone’s Record Shop is usually somewhere on that list. Which is why, when we learned they were hosting their annual all day music showcase we jumped on it. If you happen to be in town next year, mark you calendar for Freddie Steady’s 20th Annual, Frontier A go-go. We went for the music, we didn’t even know there would be free beer provided by St Arnold Brewing, that was just a great coincidence. The record shop is pretty small, so getting everyone in was a bit of a challenge, but we all made friends with our neighbors and had a great time! 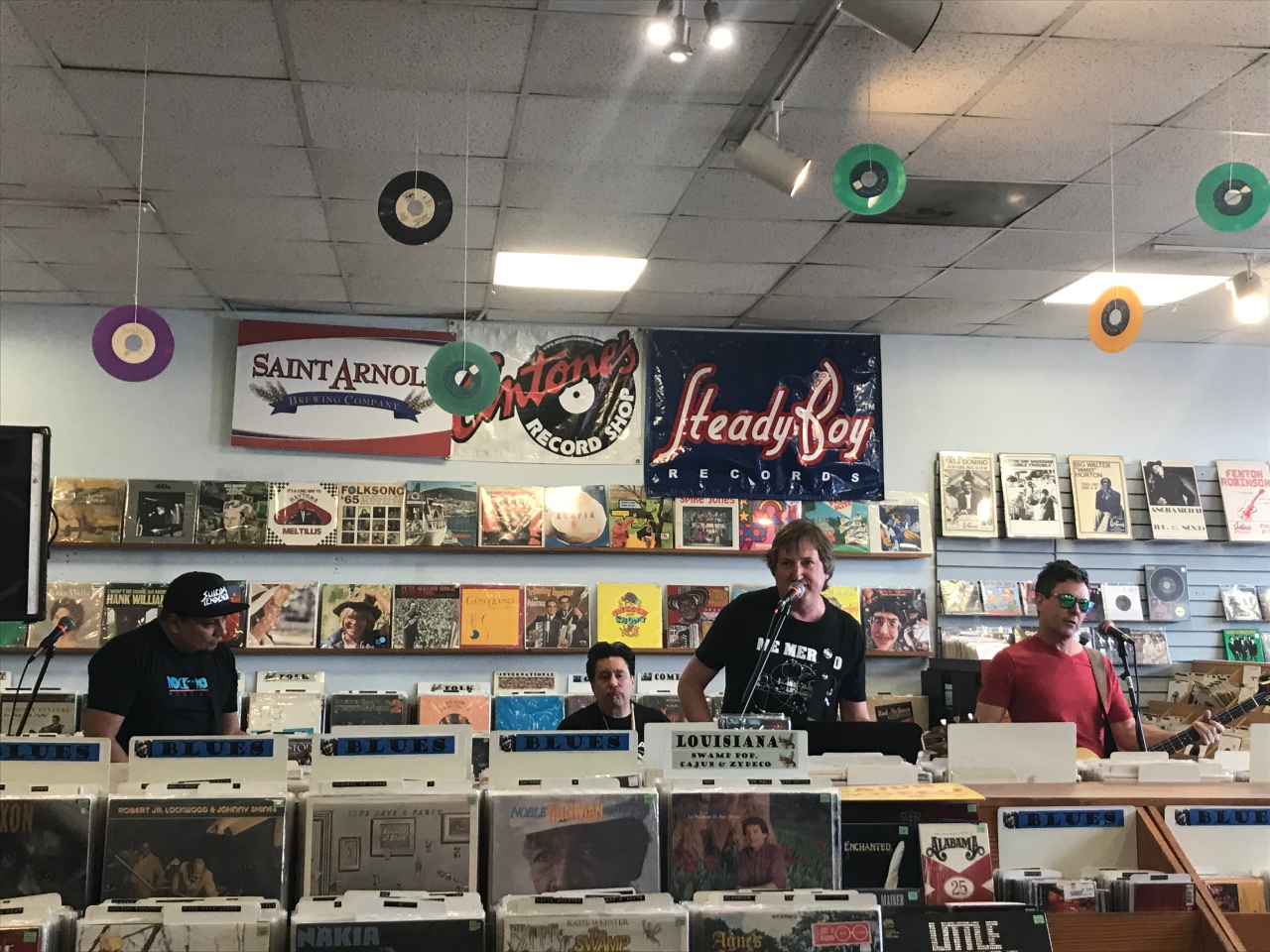 Plus, we got to be up close and personal with Austin greats, Raul’s Royal Foot! The show started at 1:00, and minus a little lunch break we hung around until 4:45, when we had to hit the next party, an exclusive event at 512 Brewing Company, that we were just sort of right place right time for, and scored an invite. So, more free beer, not a terrible way to spend a Saturday. After that we headed way up north for a birthday party, then called it a wrap and headed back home to sleep again before Sunday Funday was afoot.

Now, I know I have mentioned this on my hangover heavy entries, but I’m 40, so at this point in the weekend, I was exhausted. We entered day 4 of shenanigans by hitting one of my favorite coffee joints, that happens to be next to Still Austin, (call back to Friday,) Spokesman Coffee. They roast their own beans, have a a super cool Austin vibe, and great art. They also have Gatorade on tap, so hangovers can find help there! Since Sunday was St Patrick’s Day, Spokesman teamed up with St Arnold Brewing, and if you ordered one of their beers you got a coozie and St Patrick Swayze prayer card/sticker.

Obviously I was there for that! So I downed a cappuccino then ordered a beer. Swag in tow, we headed to the next stop, Nosh and Bevvy, way up on Burnet by 183. They were celebrating the holiday with a representative from Stella Artois giving away free beer, and an Irish punk band entertaining the masses. The band was called Before The Devil Knows You’re Dead. They were so fun that after their set, we followed them over to Kick Butt coffee to see their 6 PM set too! By this point I was exhausted, not at all sober, and ready to wrap up our 4 day adventure with some pasta and a good night sleep! We put some miles on our uber drivers, our feet, and on the car this weekend. But we also had a rare moment of zen, where everything that normally drives me crazy about this city was charming and exciting again. Even the tower of confiscated scooters made me laugh and shake my head at the nonsense of it all. Seriously, thank you for visiting our city, for bringing us your money, your talented performers, and the beautiful weather. We will see you back here next year, and not a moment sooner!

For the rest of you loyal drunkies, I just received notice that a hangover prevention remedy that is new on the market has shipped to me. Once I receive it, I’ll be making a plan to test it out and will be reporting back soon! Thanks for humoring me while I explore more to life than being hungover! I appreciate all the likes this month, the shares, and the comments. Please keep that going! Also, my dog, Horatio Canine, has his own Instagram now, so you can follow him too. It’s @Horatio_Canine.