I’m home in Austin, just in time for SXSW. (Don’t move here.) Usually the universe has the cruel joke of making the 2 weeks of SX the most beautiful 2 weeks of the spring. It’s always warm but not too hot, sunny like 90% of the time, if it rains it has the decency to do it in the morning. As a result, all the industry folks here think Austin is paradise, and we end up with a population boom. This year, it’s pretty warm, but it’s also foggy, rainy, and so humid. Maybe that will cull the herd a bit. Either way, SX gets a lot of grief from us locals. It brings traffic, both auto and sex, crime rates go up, 6th Street gets even more dangerous, the price gouging, damn. It goes from like $3 for a lone Star to $12, and showing ID proving that you live inside the city limits all the time brings no mercy, usually. But, I have to admit, every year, I brave the nonsense and hit up some interactives, some bars, some free shows, and bask in the Austin of it all, appreciating the extra revenue flowing into the city. Still, don’t move here, this traffic people are blaming on the festival, it’s always here. Maybe not quite as terrible, but terrible.

Speaking of terrible traffic, I just spent 4 days in and around LA. It was my third time there within about 9 months, time to birth a baby, but not nearly enough time to birth any fondness for that metroplex. This journey was brought to me by an auction benefiting AstraZeneca Hope Lodge in Boston. If you want to see what they do, here’s a handy link I got from the google. https://www.google.com/amp/s/amp.cancer.org/treatment/support-programs-and-services/patient-lodging/hope-lodge/boston/about-our-facility.html

The auction package included VIP passes to the Ellen Show (filmed in Burbank), plus a free hotel stay, located in the not at all convenient, Long Beach. In Austin terms it’s like Georgetown to San Marcos. We used Uber everywhere, because we figured it would be easier than renting a car. $520 later, I should have figured that out! But, the Ellen show was so fun. David Letterman was the guest, DJ Twitch was there, Ellen’s mom was there, the host of the Spanish (maybe Italian, I can’t remember what she said) version of Games of Games was there. (It airs March 21.) It was a such a perfect first experience with her talk show, I immediately became a fan. One thing you don’t think about when watching the show at home, is how not spontaneous it is. They screen people at check in, and the prettiest people get sent to hair and makeup and are given seats near where the cameras will pan. There is a hype guy who tells you when to stand, sit, clap, and at what volume you should clap depending on the subject matter. The audience is really just a prop. I feel like that is the case for all shows filmed before a live studio audience. Either way, getting to see it all happen up close and person was an experience I won’t forget, that I also likely won’t have the opportunity to duplicate. If you are given the chance to do something like that at least once in your life, you should do it! Even if it means being in an uber for 4 hours in one day, wondering if maybe you were being abducted. But that’s a story for another day! 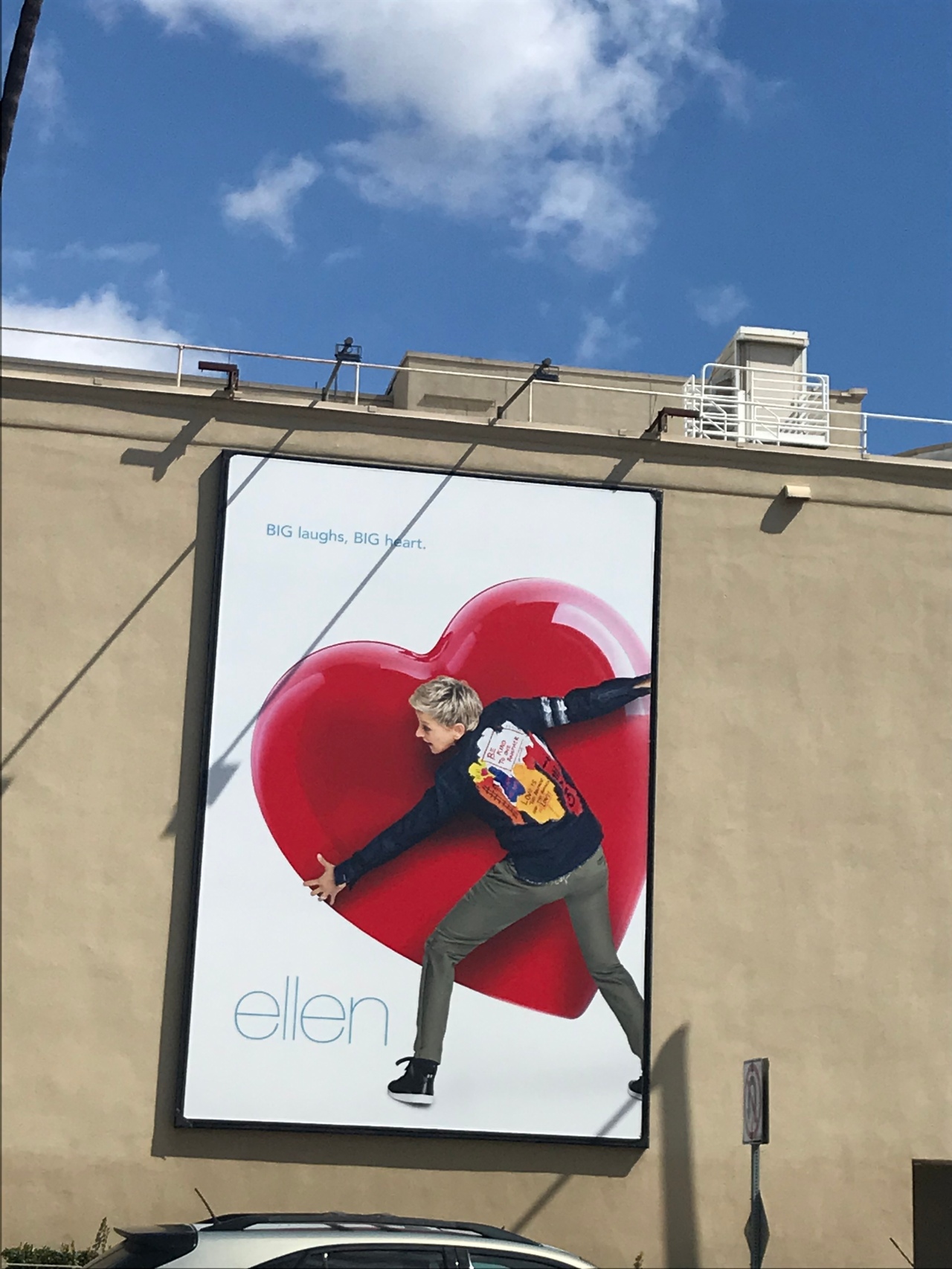 One thought on “LA Stories: Part 1”